Memorial Day is to “remember those who have died in our nation’s service” and should not be confused with Veteran’s Day – a day that honors all who serve.

Some local communities had already held observances to honor their Civil War Dead as early as 1866, including Columbus, Mississippi, Macon and Columbus, Georgia Richmond, Virginia.  Some communities claim that they established the occasion even earlier and there are documented evidence that shows that organized groups (usually women’s groups) were decorating graves before the end of the Civil War.

President Lyndon B. Johnson, in 1966 officially recognized Waterloo, NY as  the official birthplace of Memorial Day.  Their first ceremony was held on May 5, 1866 and  was community-wide, with a formal ceremony, and was to be an on-going observance yearly, not a one-time event.  However, with so much evidence that many communities were honoring their dead who died in war, it is truly hard to designate one place as THE first.

On May 5, 1868, the Grand Army of the Republic (GAR) officially proclaimed Decoration Day.  The first large observance was held on May 30 at Arlington National Cemetery. It is possible that this date was chosen because it coincides with the blooming dates of so many beautiful flowers.  Flowers were scattered on both Union and Confederate graves as prayers were said and hymns sung. 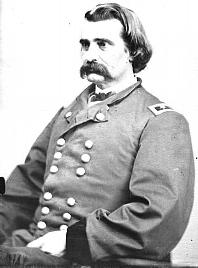 General John A. Logan’s 1868 orders (General Order No. 11) charged his men to decorate the graves:

“…We should guard their graves with sacred vigilance

Let pleasant paths invite the coming and going of reverent visitors and fond mourners. Let no neglect, no ravages of time, testify to the present or to the coming generations that we have forgotten as a people the cost of a free and undivided republic.”

Approximately 5,000 people attended that first ceremony at Arlington.  Flowers and small American flags were placed in order to honor those who had fallen.

New York officially recognized the date as a holiday and most of the northern states had followed suite by 1890.  However, the South continued to honor their dead on a separate day, called Confederate Memorial Day, until after WWI.

In 1971 Memorial Day was declared a national holiday by an act of the U.S. Congress, and the date was placed on the last Monday in May.